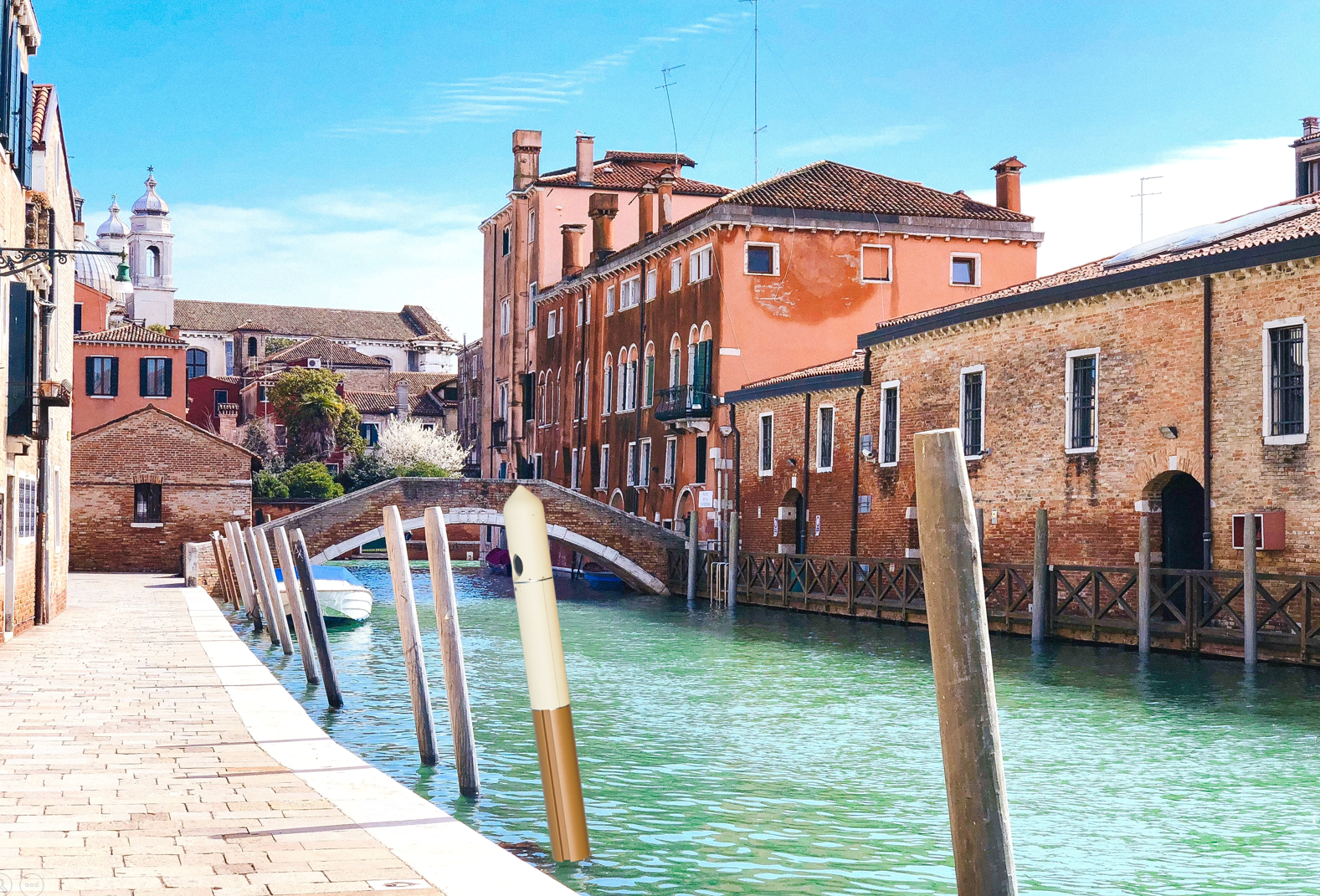 How does it work?

e-dock sees the creation of both public and private recharging stations in order to guarantee the recharging of electric boats and for the gradual conversion towards the electriﬁcation of nautical transport in Venice.

Venice’s private and public transport system is nautical due to its inherently unique nature. As we have already seen in the automotive sector, the gradual electrical conversion of the nautical sector and the launch of its connected market depends on the construction of charging devices.

The concept behind the development in urbanised areas, especially regarding the nautical sector, intends to lead to the inter-modality of electric transport. In Venice’s case, arrival by train and car and the subsequent access to electric nautical mobility services, both public (vaporetti) and private (including taxis and boat-sharing).

The decarbonisation of nautical transport in Venice is mainly motivated by the progressive reduction and eventual elimination of the severe environmental impact generated by the current, yet often dated endothermic system.

Marine electric motors are characterized by the absence of both chemical (exhaust gases and lubricants) and physical (fine dust and noise) harmful emissions.

Mooring and recharging is the concept on which the creation of a recharging network available to boats is based, to enable the recharging of batteries whilst boats are moored.

The e-dock project integrates electric charging technology into the typical Venetian nautical mooring pole. We have sought to respect the aesthetic and functional limitations imposed by the delicate and precious environmental, architectural context of Venice, with the aim of creating the first dedicated public and private infrastructural network for electric boating, both for leisure purposes and public transport.

e-dock is characterized by a design made up of two sections: the top section, where the technological equipment is concentrated, and the basal section which is anchored to the seabed. 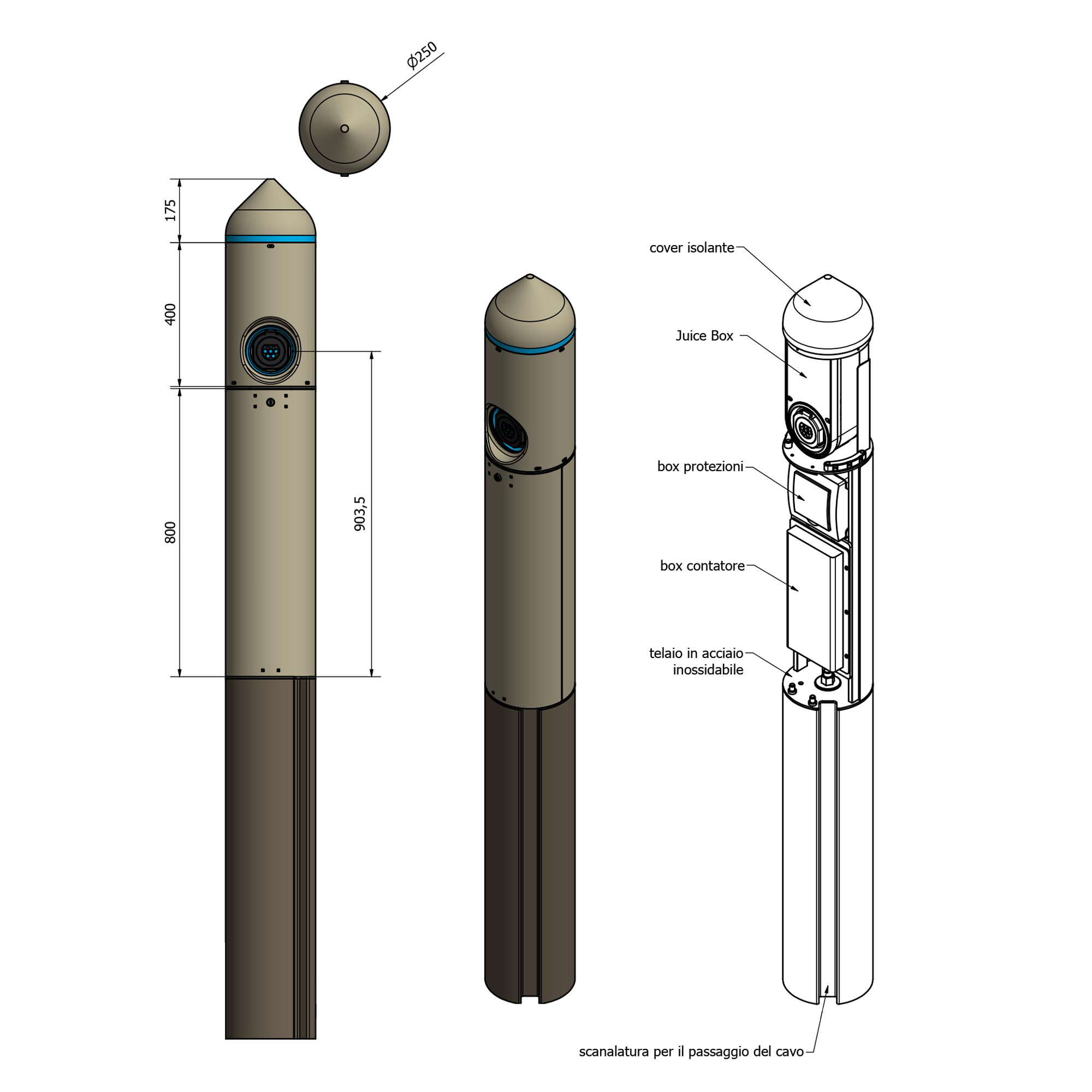 The infrastructural element is innovative especially in regards to its design and the mechanics, for which the patenting process is currently underway.
The identified solution integrates electric charging technology into the characteristic element of Venetian nautical mooring, overcoming any issues connected to their visual impact on the delicate Venetian urban context.
The technical decision was to equip the charging stations with type 2 socket (single / three-phase, 2 pilot contacts, max 32A / 63A, 230 / 400V) mode 3, mandatory for public use.

The charging connector can only be inserted from the ground. Furthermore, the summit technological quota is exempt from tide excursions, even exceptional ones.

The top section is easily removable and the technical components accessible;

The materials, 100% recyclable, have been chosen to withstand the constant impact of boats when mooring and the aggressiveness of sea salt.